Launch of the new UT Dallas Debate website in WordPress

This is essentially a test to see how well the blogging feature works from within Adobe Contribute (I’m on CS3). 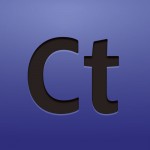 I created the connection, which worked well enough. It was a very quick set-up process to connect to the blog (as long as you have four pieces of information handy:

I’m doing this so I can research this function for my work at UT Dallas to see if the feature is one we might want to use in other departments.

Since my last UT Dallas update the construction here on campus has been increasing at a fever pace (is that even correct grammar?).

The construction on the UTD campus makes it a bit of a challenge getting around campus some days, but ya gotta hope we will end up with a much better campus when it is all done.

The job is going really well. I love working in this university setting and am being challenged every day with new stuff to learn and get involved in.

The other thing I am really loving is my iPhone. The always connected aspect is very cool. I am writing this post from the UTD Student Union building in one of my 2 favorite chairs right from the iPhone.

I also purchased an app called “FTP on the Go” ($9.99 in the Apple App Store) that allows me to log on to my other ( non- WordPress) sites, look at all the files, download and edit a file and upload the edited file. That’s huge to be able to do that from my phone! At least it’s huge to a web designer.

[Posted with iBlogger by iPhone]