By Dennis Guten on February 2, 2009 No Comments 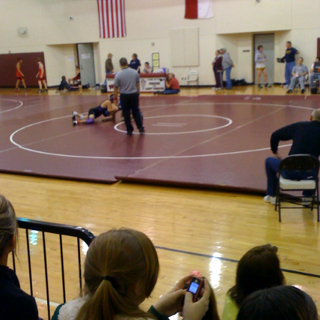 Ruthie and I are in Wylie, TX watching Jon’s last wrestling match of the season.

He lost his first bout, which was before we got here, but we just saw him pin his last opponent with 5 seconds to go!

He was really in attack mode against a kid that was chunkier than he was.

Update: he won another bout as well and now gets to compete again. 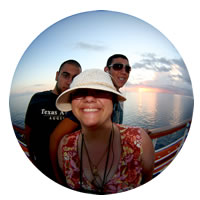 Yesterday Ruthie Jon and I drove out to Cedar Hill, Texas to see the new office my wife moves to today officially.

She is the Director of Public Works for the city of Cedar Hill, Texas. Cedar Hill has been building a new government center and it is finally finished and ready for everybody to move in.

The image here is from the Cedar Hill city website and the other 2 images seen when you click the image are images inside that I took from our visit there. They are of our son Jon and are looking up at the top of the building.

It’s a very neat and eclectic building with very interesting colors and spaces. From the outside it looks pretty traditional, but inside it is anything but that.

There are curves and balconies and wood roofs and lots of angles.

My wife has a nice office on the 2nd floor and we got to set all her stuff up when we were there on Sunday.