Update to the Leopard rant

By Dennis Guten on February 1, 2008 No Comments

Just a clarification about the Leopard upgrade… 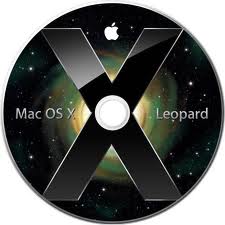 This is the 2nd machine I have installed Leopard on. The first was my 24″ iMac and it was really scary at the beginning. All that was solved within 24hrs of install. I even figured out why my photo booth stopped working (there were 2 of them and I had linked to the corrupted one somehow?).

This time, the install went without a hitch. It was after trying the Fireworks and Flash that I had problems and after doing a bit of research I now understand why those older versions don’t work now. I’m ok with it (sorta).

One lesson for people about to upgrade…write down your friggin license codes for your programs before you upgrade.

When I bought the laptop (used) the previous owner had left some Apple pro apps (like Final Cut Pro, Compressor and a few pro music apps like Logic Express) on the machine. The only ones I ever used were Final Cut Pro and Compressor (this one just a week ago) for some video work I did for a site I am working on for a musician (www.joiededeux.com).

After putting Leopard on the laptop, now it wants license codes! Don’t have em. Oy.

I’ll live and like I say, Leopard just rocks!